Home / Is Plastic Use Destroying Our Water? 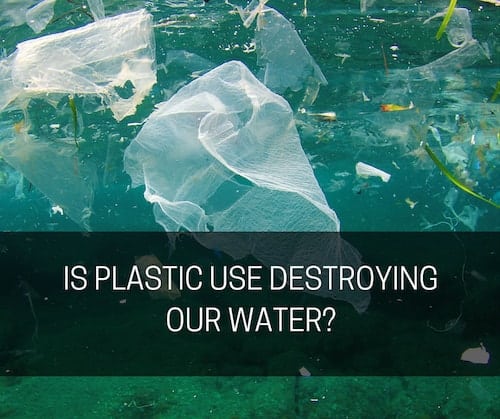 It sometimes seems impossible to avoid plastic in our everyday lives. Unfortunately, even with so many healthy and environmentally friendly alternatives to plastic in our world today, the average American still throws away over 185 pounds of it every year.

The majority of this plastic waste ends up in landfills and even worse, our water sources. Its effects are devastating to the environment and affect you more than you might think. Many residents in Atlanta try to work around the problem by having water delivered at home, but if that water is being delivered in plastic bottles it only adds to the problem.

Every square mile of ocean contains about 46,000 pieces of floating plastic.

Plastics contain harmful chemicals, including BPA. Even plastics labeled “BPA-free,” are actually not any less harmful to humans and animals.

With the amount of plastic in the ocean, it is nearly impossible for sea creatures to avoid coming in contact with it. 44 percent of all seabird species, 22 percent of cetaceans, all sea turtle species and a growing list of fish species have been documented with plastic in or around their bodies.

In samples collected in Lake Erie, 85 percent of the plastic particles were smaller than two-tenths of an inch, and much of that was microscopic. Researchers found between 1,500 and 1.7 million of these particles per square mile.

Humans are the sole culprits of plastic pollution of our earth’s water. 50 percent of the plastic we use, we use just once and throw away.

While we can’t escape it completely, we could do a better job of recycling and properly disposing of our plastic when we need to do so. We can also choose to avoid single-use plastic bottles by opting in for glass bottles whenever possible and choosing to do business with companies that do the same.

The only reason plastic waste is still such an issue is because we allow it to be. It is in our power to make the changes that could save our precious water sup