Home / Can You Trust Your Tap Water?

Most people agree that, even if it doesn’t always taste the best, tap water is generally safe. It’s cheap and readily available, so why bother with the additional expense of home water delivery in Atlanta? The trouble is, the government only requires annual testing of municipal water and a lot can happen in a year. Just ask the residents of Flint, Mich. 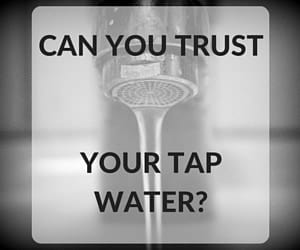 According to an article from The Washington Post, from April 2014 to October 2015, the residents of Flint were slowly being poisoned by lead contaminated municipal water. The portion of the population most affected? The children; many of whom tested positively for dangerously high levels of lead.

The children were first exposed to the lead contaminated water when the city opted to switch Flint’s water source from the Detroit water system to the Flint River until a new pipeline was completed. It took over six months for the city to realize the water was contaminated, at which time they issued a statement to residents notifying them of the contamination and suggesting ways to work around it.

One of the suggestions was for residents to boil water before use, which unfortunately only results in a higher concentration of lead in the water due to evaporation. Another was for residents to purchase water filtration systems; a better option, but one also out of reach of the city’s poorer citizens.

Flint’s city representatives eventually realized that the situation could not be contained and declared a state of emergency. Not long after that, the Detroit water system once again supplied the city.

But what about the lasting damage? All of the children with elevated levels of lead in their blood are now at risk for lowered IQ, behavioral problems, increased antisocial behavior and reduced educational comprehension. Additionally, exposure to higher than average levels of lead can cause renal impairment, anemia, hypertension, immunotoxicity and toxicity to the reproductive organs. These effects are currently believed to be irreversible.

IT’S MORE LIKELY THAN YOU THINK

You may be thinking that as scary as this sounds, it can’t happen to you. But unexpected contaminants can find their way into the Atlanta water supply more easily than you’d like to imagine. The CDC lists several possible sources of unexpected contamination on their website, noting, “Even though our tap water supplies are considered to be one of the safest in the world, water contamination can still occur.”

So what can you do to protect yourself and your family from unexpected water contamination? Have the purest mountain spring water available in Atlanta delivered right to your door.

At Lipsey, our water regularly undergoes a rigorous testing process to ensure it is free of all contaminants. Which guarantees your water will contain only naturally occurring beneficial minerals; no toxins or byproducts of chemical purification. For more about our most recent water quality report, see our blog post here.

To try pure Lipsey mountain spring water in the comfort of your home for 2 weeks, with no obligation, contact us today.